I apologise if that caused confusion among people. Dox Anyone All Features. Ettercap has the following 4 types of user interface. First, redirect traffic from any website you would like to your Kali machine. This is done by starting an Apache server on the Kali machine and changing the default homepage to a clone of, let’s say facebook. Once such plugin is called as DNSSpoof. 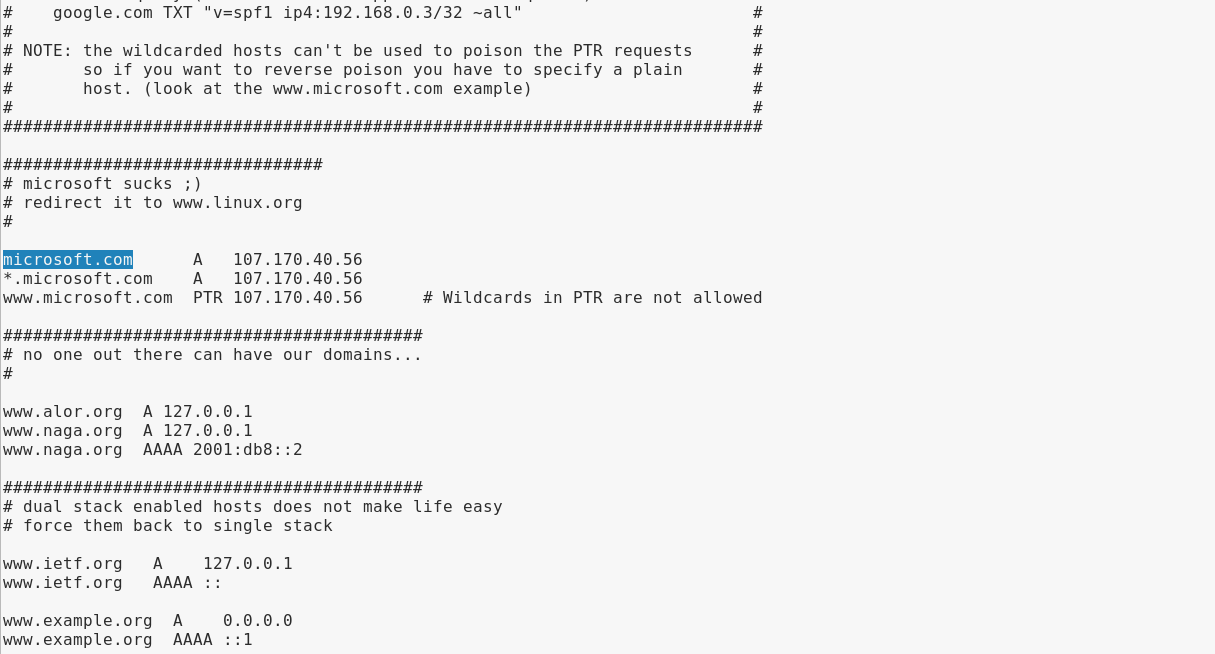 Also, don’t forget to change the IP address to your IP address. So in a real life scenario, an attacker would use this opportunity to redirect traffic to their own machine for data sniffing. To find out our victim’s IP address, we first need to know who we are attacking, and we can do so using nmap to find the information we need on the target machine.

The following dialog box will open. Does someone have any advice that could help me tackle the problem? This should really alert you that it is really that simple to perform a DNS Spoofing attack with very few resources.

First, redirect traffic from any website you would like to your Kali machine. Ettercap has the following eyter.dns types of user interface.

I hope you enjoyed today’s tutorial and hopefully you learned something from it. Go ahead and open up Terminal and type:. You can see how this can be extremely malicious, since the attacker could write a script that fetches the requested page immediately and sets up the etter.

Choose the one which you want to use for ARP Poisoning. Also, by ARP poisoning your victim, they would not be able to distinguish between the legitimate website and the clone, as long as the clone which you fabricate is convincingly similar and as long as any subtle differences remain inconspicuous.

Launch Ettercap using the following command in the machine. What OS this tutorial is about? Vasudev May 24, Thanks a lot for sharing such knowledgeable things. Dox Anyone All Hot Posts. Is there any way to bring a remote target onto my network I am using a govt ISP 3G service and then proceed with the method explained by you?

Although this is highly unrealistic, it is still a possibility.

As you may have noticed by my lack of posts, I’ve been away for a while working on a big project with a team which won’t be finished anytime soonand I have also been putting together a small side project for Null-Byte that I will be announcing soon. Configuring We now need to edit the Ettercap configuration file since it egter.dns our application of choice for today. Here’s a handy PDF version of this post if you want to save it and read it in a nice format later: Your example was irrelevant, you will not be able to spoof facebook.

That’s peculiar, since both have functioned properly when I conducted tests on them. If you haven’t got Kali ettwr.dns which you should by now, granted that you’re on this etter.dsn go get it on the official website.

Why am I not able to select wlan interface for sniffing. In-order to verify it, From First, however, let me explain what can and should be done with the hosts file.

So now we want to edit the uid and gid values at the top to make them say 0 so go ahead and do that. 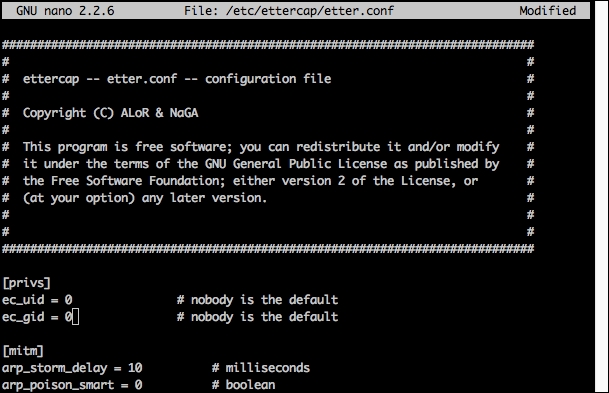 Shakil May 13,3: Now you know how DNS spoofing works and, most importantly, how to protect yourself from it. Well at least with ettter.dns hsts bypass, but keep me posted about what you figure out! Any suggestions for future tutorials I will be happy to take in.